A network of communities step out on their own

A network of communities step out on their own

Celebrate success:  Jorge, our Paraguay country director, celebrates with community members as their program graduates from our support

Eduardo Galeano, a Uruguayan writer, defined utopia as something on the horizon, and each time one takes two steps to reach it, it moves two steps further away. I’ve been thinking about that as we celebrated our graduation from three communities in Paraguay recently.

The story began in 2006. With a great deal of enthusiasm and hope, we launched Pojoaju (Guaraní for “joined hands”), a development program made up of three neighbourhoods.

As always, we analyzed the community’s living conditions, examined the barriers to realizing opportunities and investigated the skills needed to achieve change. We discovered there were no community-based organizations to influence positive change, and the people’s health and education were suffering.

There was limited access to the local health post and very low awareness within the community about how to avoid preventable diseases. There was no kindergarten in schools, support classes or centralized computers for students to use for assignments.

At the onset, opposing mindsets made it impossible to work together. But, soon community members began to trust us and their peers. They saw they had similar problems and one goal — to improve their children’s community and life. 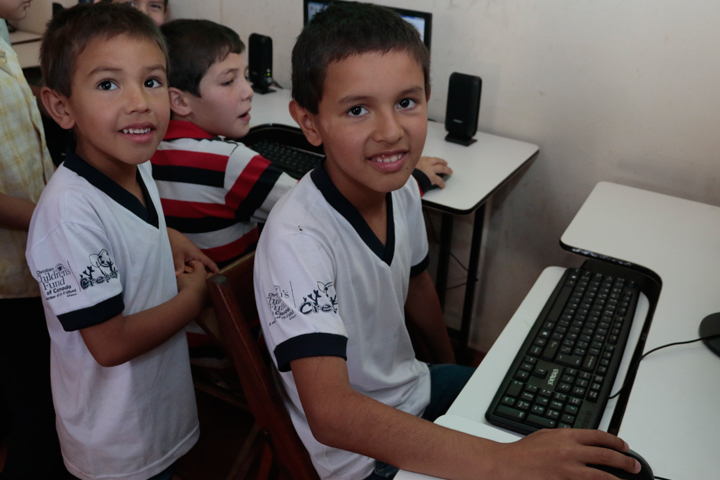 That goal, and an understanding of what resources were needed, is what spurred the community transformation, affirms Eunice Dominguez, Pojoaju program coordinator.

Within 12 years, we worked with community members and government to secure land, build a community centre and install a computer lab. The community centre has become a space for training in disease-prevention and horticultural development. It also houses school support classes and a feeding program for children.

The situation really began to improve when the local leaders learned to advocate for positive change. They built a bridge between state institutions and the community so they can reach out for help when needed. Getting organized, demanding basic human rights and committing to change were fundamental paths to success.

The people understand the community centre must belong to everyone to remain vibrant. So, annual accountability to the community generates confidence, commitment and growth.

“The Pojoaju program was an opportunity for the educational, economic and social development of three humble communities. I was part of this from the age of eight. Today, 10 years later, I can … see the change in my life,” affirms Sofia, a community member who told me how the program strengthened her self-esteem, so she believed she could achieve her dream to work in healthcare. Today she’s studying to become a nurse.

People in the Pojoaju program understand they need to keep walking and choosing their paths by forming the right partnerships and believing in themselves. The march towards transformation is ongoing. That’s a true utopia.